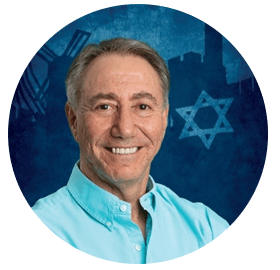 Danny is actively involved in the field of Peace and Sport in the Middle East. He is the Founder and Chairman of Budo for Peace (BFP).

Danny was born in 1959 in Adelaide, Australia. Danny lived for several years in Japan after which he moved to Israel.

Karate lessons were gifted to Danny from his grandmother as a Bar Mitzvah gift and has been practicing the sport ever since. He recently received his seventh-degree black belt, from his Master, world-renowned Kancho Hirokazu Kanazawa, during the 11th World Karate Championships which were held in his hometown, Sydney, in November 2012.

During his 30-year Karate career, Danny has represented Australia, Japan and Israel in the Shotokan Karate World and European Championships as well as served as the Chief Instructor of the Shotokan Karate-Do International Federation in Israel.

Budo for Peace, founded in 2004, is the translation of his vision to create a society in which socially constructed rivals can conquer their cultural, social and political differences through the universal language of sport.

Danny’s belief in social change is evident not only in his passion for martial arts but also his interest in and talent for film-making. His international award-winning documentary, Shadya, was endorsed by the PBS network for their educational women’s empowerment series. In addition, several of his works on the subject of martial arts and social reform have been published. These include, "Budo's Potential for Peace: Breaking down barriers in the Israel-Palestinian Conflict," a paper written for the international symposium: The Direction of Japanese Budo in the 21st century: Past, Present and Future conducted by the International Research Center for Japanese Studies. The paper was published in the book Budo Perspectives which subsequently lead to the creation of Budo for Peace.

Danny holds a B.Sc. in Biotechnology from NSW University, Sydney and an MEI (Masters in Entrepreneurship and Innovation) from Swinburne University, Melbourne.

He currently lives in Ra'anana, Israel with his wife and two daughters.